My departure from Berkeley was precise, except for one load of laundry still in the drier, like a well oiled machine I picked up, hauled, and unloaded another load of wood for Andrew’s basement project, exchanged the Home Depot lights, cleaned up the kitchen, made the bed, packed the car, and went on my way south, through San Jose to the 101 to Santa Barbara where I anticipated a weekend full of hangovers. For the most part I was right. 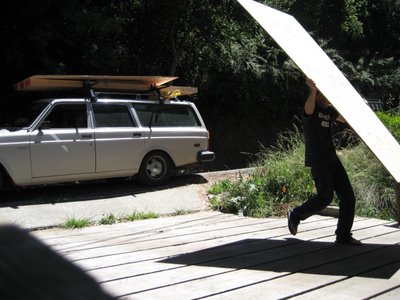 After a lonely haul I arrived in Santa Barbara near dinner time. Tyler and I met up with Hoss and Belinda and had some outstanding cocktails and a wonderful dinner at a downtown steak restaurant. mmm good. Keeping with the SB style, after Hoss and Belinda returned to their hotel, Tyler and I went for some more drinks just down the street and then hitched a ride back to Isla Vista where we met up with a number of folks and … well, at this point the weekend has blended together sufficiently enough where I can’t remember details, needless to say waking up was hard to do. 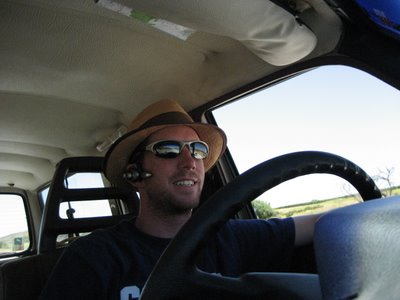 Saturday was grad day and we, of course, went down to the ‘Hall’ for drinks before, during, and after graduation – this was some taxing work. The Hall was a small bar, it had a counter part in down town Santa Barbara but this was the Isla Vista version. It consisted of one bar along the side of a 15 foot room, cutting the room essentially in half, bar tenders on one side, bar flies on the other. At only 30 feet deep, the bar filled up quickly and it was easy to find your self out the door simply because you’ve moved to a breathable space. Because of the ubiquitous participation in the 50 club, it was a very friendly place to be, every one knew each other and the bar tenders knew everyone and thusly the drinks flowed almost uncontrollably. Pitchers were two to a person and shots, or ‘fruitys‘ a generic sweet and totally custom drink, were handed out regularly to fly and tender alike. The walls were sufficiently covered with eight televisions bilking multiple sports casts and the space behind them was covered with bar pictures and plaques. Tyler was quite proud of his name on a wall mounted plaque signifying his participation and acceptance into the “50 Club” at The Study Hall. Individuals who have a drink at The Hall at least 50 days in the spring quarter are boldly proclaimed here, the plaque had probably 350 names on it. The list was quite extensive. The Hall served as Tyler’s home base through the years and thusly the weekend was no different. Every chance we had.. rather he had, he hit the hall for a shot or a beer – the bar tenders and bouncers were soon just as familiar with my face as they were with Tyler’s. 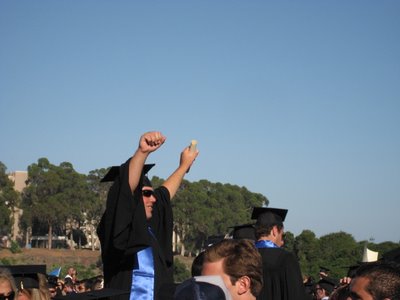 Grad Night we met Tyler’s folks again and had another fabulous dinner with the parents and then more drinking. This time I explicitly remember playing a game of kitchen baseball with a squishy ball and a dish rag. It was … intense and we didn’t get to bed till 4 AM. Plus I tried beer and clamado juice, it was, how do you say, Horrible?! Sunday was equally full, including a short stay on a raft out at sea with champagne and a nap on the couch watching soccer. Most importantly was the Sunday Night conclusion to graduation with the open bar graduation party at O’Mally’s that Tyler hosted. Unfortunately the previous nights left me sore and sick in the morning and this night I had decided to limit my drinking to few. Gin and tonic and two glasses of 12 year scotch kept me happy. I took pictures for Tyler, had a conversation about the progress and direction of the US with a drunk song writer and met a good number of attractive ladies. In all, it was a bundle good times in Santa Barbara and Isla Vista… and Monday morning meant time to travel on. 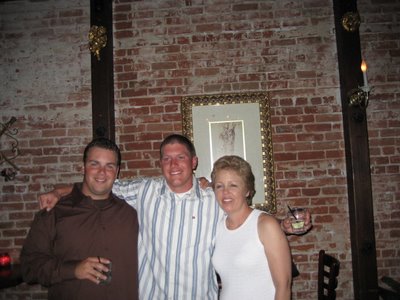