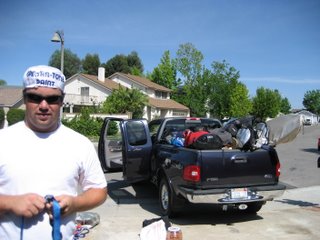 – arrived at 11 AM and we loaded the truck with all our gear. I put my pirate hat on. We met Pat and Nathan in Then we were at the boat. I took off my pirate hat. How are we going to get all of this into that? Was it all necessary? Why’d be buy so much damn RUM!? I don’t know, who cares, let’s just get going. Hey where’s my …. Damn I need a …. Oh well. 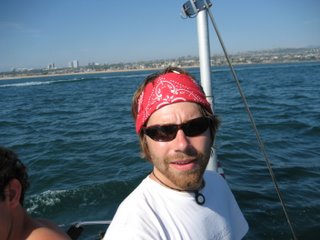 We pushed off the dock at about 3 PM and were out of the harbor half an hour later. Here we go! We put up the sails. We were sailing! The sun set behind , and we floated past the lights of oil docks and freight cranes. A radio call to harbor patrol left us feeling like newbees, because we were. But I suppose this could work to our advantage. We put up at the police dock for the night where we were told we would pay for the night in the morning when the offices opened at 7 AM. Unfortunately we had places to go and planned on being off the dock and out of the harbor by 4:30 AM, besides, there was no place to put the money, not even a drop box.. Sorry. 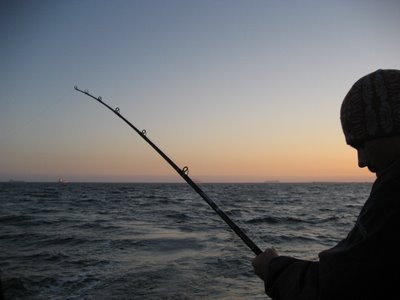 That night’s rest was outstanding, still, in the harbor, it was one big tease for the night..