It’s been in the tank now almost four months. 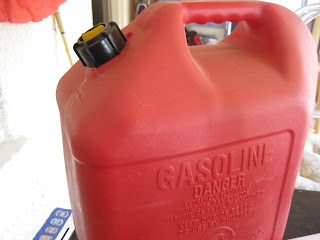 The Tank:
It’s a used gas tank – I mean gently used, or or two fills before I took it over. But nonetheless, it still stunk of petrol. I contest that it adds to the overall experience and authentic flavor of the booze. The tank has a hole in it and out comes a tube with a loop and filled with water – it’s just a gas pressure valve. CO2 can escape, but nothing can get in. Otherwise, it’s sealed tight and kept quiet. 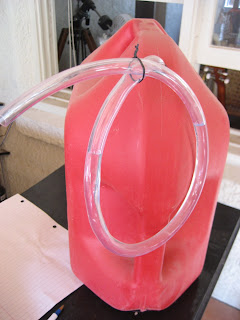 The Time:
After I filled it with sugar water and yeast I sealed it up and put it under the fooseball table. I opened it once about a month in to fill it with Honey and then about a month ago to test it. Otherwise, it has not been disturbed. Now we’re four months in and aside from time, not a lot has been invested. 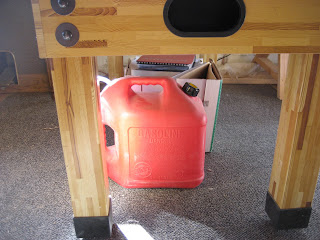 However, after a short discussion with a friend last night, I think we’re ready to try it out. Perhaps on it’s true four month anniversary we’ll have a party. (December 5th, 5PM, Here we’ll drink)